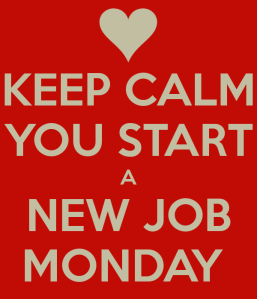 Yes I must admit it: I didn’t keep my new-year-2015 promise of posting more often on my blog… and the annual report I received yesterday from WordPress, showing a couple of peaks of activity and frigthening silence the rest of the year, isn’t something I would be proud to share… but I have a justification! Seriously, it’s not just an excuse – it’s that I’ve been busy trying to change life… and yes, I managed. On Monday 4 January, I’ll start an exciting new position as senior research scientist at the National Center of Scientific Research (CNRS, or in French, Centre national de la recherche scientifique) in Paris. CNRS can be loosely compared to what is, in other countries, a National Research Council, but there’s more to it than international comparisons might vaguely suggest: this is probably the single most desired job in French academia, with a mission “to contribute to the development of knowledge… in all fields that contribute to the advancement of society“. In plain words, that’s basically pure research with almost no teaching apart from some PhD supervision… a dream that would hardly be possible in the UK, where I was before.

I’ll be at the Lab for Computer Science (LRI, Laboratoire de Recherche en Informatique, UMR8623) on the Saclay

campus, and I’ll work with the A&O (Learning and Optimization) research team. The interesting thing is that mine is an interdisciplinary position, designed to facilitate dialogue and collaboration between the social sciences and computer science around big data and their use for the advancement of knowledge, policy, and more generally society. I have been especially selected by the sociology section of CNRS to work in a computer science research centre. There, I am asked to develop my personal, long-term research project on the “sharing economy” of digital platforms and how they create value from the social ties in which economic action is embedded: this will require blending my research on data, social networks and the digital economy with machine learning and optimization approaches (more on this later … yes on this blog! promise!).

What else will I do this year at LRI? I am in the organising committee of the Second European Social Networks Conference which will take place in Paris next June, I am finishing a book on so-called “pro-anorexia” websites as the conclusion of my past project ANAMIA, and I am in the Editorial Board of Revue Française de Sociologie.

I won’t entirely forget England though… I’ll keep my doctoral students at Greenwich and continue my engagement at UCL’s Institute of Education as external examiner. Come on, you can’t just disappear after six years! Indeed, I’ll always remember those six years as most productive and fulfilling ones. And however happy I am now to join CNRS, I’ll never forget the expressions of love, sympathy and friendliness I received from colleagues and students when I left Greenwich in December. The cards, the presents, the parties… all beyond any expectations I might have had before! Thank you Greenwich. And well, yes, a big thank you to all those who made it possible – both those in London who made me have a great time far from home for so long, and those in Paris who helped me come back, not without effort, and have welcomed me now.

A great new year is about to start, and I promise I’ll document it more… 😉

The WordPress.com stats helper monkeys prepared a 2014 annual report for this blog.

A San Francisco cable car holds 60 people. This blog was viewed about 3,100 times in 2014. If it were a cable car, it would take about 52 trips to carry that many people.

On Friday last week, the British Sociological Association (BSA) held an event on “The Challenge of Big Data” at the British Library. It was interesting, stimulating and relevant – I was particularly impressed by the involvement of participants and the very intense live-tweeting, never so lively at a BSA event! And people were particularly friendly and talkative both on their keyboards and at the coffee tables… so in honour of all this, I am choosing the hashtag of the day #bigdataBL as title here. 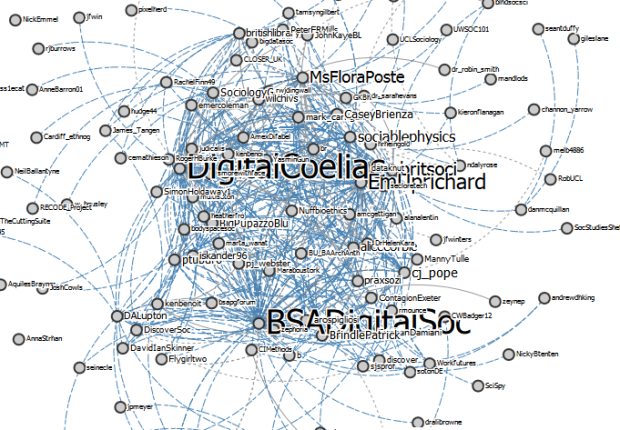 END_OF_DOCUMENT_TOKEN_TO_BE_REPLACED

All the hype today is about Data and Big Data, but this notion may seem a bit elusive. My students sometimes struggle understanding the difference between “data” and “literature”, perhaps because of the unfortunate habit to call library portals “databases”. Even colleagues are sometimes uncomfortable with the notion of data (whether “big” or “small”) and the breadth it is now taking. So, a definition can be helpful.

Data  are pieces of unprocessed information – more precisely raw indicators, or basic markers, from which information is to be extracted. Untreated, they hardly reveal anything; subject to proper analysis, they can disclose the inner working of some relevant aspects of reality.

The “typical” example of socioeconomic data is the observations/variables matrix, where each row represents an observation – an individual in a population – and each column represents a variable – a particular indicator about that individual, for example age, gender, or geographical location. (In truth data types are more varied and may also include unstructured text, images, audio and video; But for the sake of simplicity, let’s stick to the Matrix here.)

END_OF_DOCUMENT_TOKEN_TO_BE_REPLACED

The very designation of “Big” Data suggests that size of datasets is the dividing line, distinguishing them from “Small” Data (the surveys and questionnaires traditionally used in social science and statistics). But is that all – or are there other, and perhaps more profound, differences?

“datasets whose size is beyond the ability of typical database software tools to capture, store, manage, and analyze”.

“data that exceeds the processing capacity of conventional database systems”.

The literature goes on discussing how to quantify this size, typically measured in terms of bytes. McKinsey estimates that:

This is not set in stone, though, depending on both technological advances over time and specific industry characteristics.

END_OF_DOCUMENT_TOKEN_TO_BE_REPLACED

Hallo Data-analyst, Data-user, Data-producer or Data-curious — whatever your role, if you have the slightest interest in data, you’re welcome to this blog!

This is the first post and as is customary, it needs to tell what the whole blog is about. Well, data. Of course! But it aims to do so in an innovative, and hopefully useful, way. 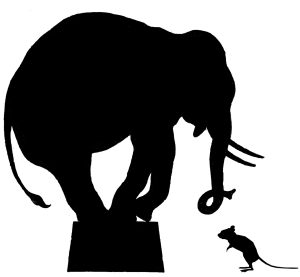