This article was first published on Discover Society, November 2014.

Last June, a group of Italian MPs proposed jail terms and fines for authors of so-called “pro-ana” (anorexia) and “pro-mia” (bulimia) websites. These are self-styled online communities on eating disorders which are viewed as promoting extreme dieting and unhealthy eating practices. France and the United Kingdom preceded Italy’s attempt to pass restrictive legislation as far back as 2008-9, and many internet service providers also endeavoured to ban these contents.

But the potential spread of health-hazardous behaviours is probably only one side of the coin, and these websites might also channel health-enhancing assistance, advice, and support (Yeshua-Katz & Martins 2013). In fact a closer look reveals that website users carefully manage their online socialisation to address their health challenges. Online social spaces enable discussion around the illness and constitute a complement, albeit an admittedly imperfect one, to formal healthcare services. There is no rejection of standard health norms in the name of some extreme ideal of thinness but rather a need – or perhaps, a cry – for extra support.

A social science approach brings out these results. The effect of web interactions on health does not only depend on website contents, but also on how people actually use them, share them, and access resources through them. The social, rather than just clinical dimension of eating disorders, recognized long before the advent of the web (Bell 1985, Orbach 1978), becomes ever more relevant in the current context and calls for a more comprehensive view of the “ana” and “mia” social universe. 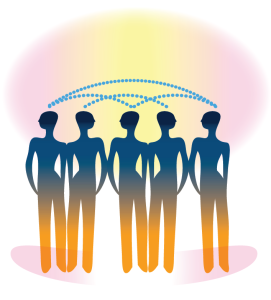 END_OF_DOCUMENT_TOKEN_TO_BE_REPLACED

Science, like the rest of human life, is subject to fashions. Data visualisation is the latest trend: policy-makers and the public are all under its charm, and researchers magically suspend their disbelief — give me a fancy image, and I won’t look too closely at your p-values. So I was intrigued by the discovery, at a talk few days ago by Paul Jackson of the Office for National Statistics, that there are precedents, and that they have a long history behind them.

The story is that of John Snow, an epidemiologist who was persuaded, against the received wisdom of the mid-nineteenth century,  that cholera does not propagate through air but through contaminated water or food. But how to convince others? When cholera struck London in 1854, Snow began plotting the location of deaths on a map of Soho: he represented each death through a line parallel to the building front in which the person died.

Snow soon realised that there was a concentration of “death lines” around Broad Street — more specifically, around a water pump at the corner between Broad and Cambridge St.

He managed to convince the authorities to remove the handle of the pump, so that people could no longer use it: in a few days, the number of deaths in the area plummeted. Snow had proven his point and saved lives: using no medical trials, no sophisticated chemistry, just with some basic count statistics, and a clever dataviz.